Khamelia is a powerful business suite based on our framework architecture that allows for the rapid development of integrated software tools that can be used by any company in any industry. Imagine having a single SaaS website that offers:

All of which is made possible simply because it operates off of a proprietary framework – which has taken years to develop and perfect by our amazing Khamelia team. All of, the code that makes the functionality possible sits (one-time) at the framework level and is not scattered throughout the system at the software tool level. This not only simplifies the code for each individual tool, but it also keeps this highly integrated system lean and fast.

This may sound simple enough, but it’s also something which our competitors have not been able to do – nor will they be able to do it. Once they start stacking software tools on top of each other like this, then their system becomes slow, unresponsive, and completely unusable. They quickly realize that you can’t have a highly integrated system without our Khamelia framework.

Remember, it’s the framework - this is our “secret sauce” and it’s what makes Khamelia unique, highly robust and “possible” in the first place. Once again, it took a team of developers years to fully develop this proprietary framework into what it is today. You simply can’t have this level of “software integration” without the Khamelia framework.

After years and decades in the technology sector, we noticed a significant phenomenon in the industry. All software was developed for technology-centric people and teams. Even software that was purportedly built for business, had its roots in technology. There wasn’t any software developed from the foundation up with business in mind, with business needs at its core. All software focused on the needs of technology and technology centric functions. This created a huge market gap: the need for business-centric tools, where business is at the core, in the DNA. We are not talking about software developed for one specific industry, such as real estate or finance, but a set of tools that will help all types of businesses and industries. A set of business tools that are industry and business-type agnostic. Thus the Khamelia concept was born.

The key drive behind the Khamelia system is to help business develop and grow. There are lots of tools that focus on a narrow set of business needs, but not a system that address business requirements holistically, a general all-encompassing business system.

In the end, what Gabriel, Adrian, and the Khamelia team wish to achieve is to deliver to the business world a system, a set of tools, that will help businesses develop and grow. To help companies operate efficiently and lean.

Mission - Deliver a powerful, quality, intuitive business system that will deliver to the business needs and help companies meet and exceed the business goals

Talking About the Cloud…

Software as a Service (SaaS) has a very bright future. Many leading organizations have already embraced SaaS cloud applications as the preferred way to deliver mission critical technology. SaaS has already established a strong position in the industry, and it's evolving rapidly. We see new advancements being made all the time. As people become more knowledgeable and familiar with SaaS, they will embrace new methods along with new ways of working.

We firmly believe that this will translate into sustained growth, increased spending and plenty of opportunities for development companies that provide leading edge SaaS solutions; and this is where Khamelia comes into the picture.

In the past, small to mid-sized businesses may have used 5-10 different software applications on any given day. Today they could use 25 or more to do their job; however, tomorrow they will only need to use one application - Khamelia.com

In 1998, Gabriel Ungureanu, after working for many years for prominent companies in the Sacramento area such as Intel Corporation, Sutter Health, and The Money Store, decided to launch his own consulting firm. In the summer of 1998 Gabriel launched First Digital Inc. and it was incorporated in Sacramento, California. First Digital then focused on web development and web applications projects, primarily for the State of California, County of Sacramento, and other public entities. Over the next two decades, First Digital delivered many solutions for State of California departments and organizations, as well as companies in the private sector.

The Concept – Birth of the Khamelia Framework Concept

Gabriel was a senior developer on these efforts, and in doing so, noticed that the software programming was not as efficient as it could be. Gabriel began to formulate and tinker with the idea and concept of a framework written in the robust programming language C# in his private time. He started to focus on building a code repository and code library for this framework. The goal behind the code library was to reduce DRY (don’t repeat yourself) work, a new concept in web development at the time which has been formulated by Andy Hunt and Dave Thomas in their October 1999 book The Pragmatic Programmer.

Between 2000 and 2008, First Digital was hired by the County of Sacramento, Department of Health and Human Services (DHHS) to set up their internet website/portal. Gabriel led the development teams in these efforts, and in doing so noticed how much better the use of the C# programming language would be for those applications. C# was developed and released in 2000 by Microsoft within its .NET initiative and later approved as a standard by ECMA (ECMA-334) and ISO (ISO/IEC 23270:2006). C# is a powerful programming language, not a scripting or GLUE ‘language’ (which tend to be much less powerful, limited, less secure, and all are open-source).

The ECMA standard lists these design goals for C# (Wikipedia.com).

After DHHS, First Digital was contracted out to work on the State of California depart of Office of System Integration (OSI). OSI is tasked with providing a common project management methodology for all State entities to follow, and to provide State qualified project managers. Basically, OSI wants to be the overall PMO for the State of California. As Gabriel and team worked on the OSI projects, a functional trend was starting to be noticeable. Basically, the OSI was asking for much of the same functionality that DHHS requested, but with modified fields and workflows. These were needed in order to cater to the hundreds of OSI forms that CA State departments had to complete. So the major difference between DHHS and OSI was mostly customization of fields and workflows, in order to meet OSI business processes.

After OSI, Gabriel and the First Digital team went to work for State of California Office of Health Information Integrity (OHII) department. Again, the same experience between OSI and OHII, as there was between DHHS and OSI, basically same functionality, but added configuration and customizations to meet OHII processes. By this time, Gabriel could start to define a pattern in functionality requirements which could be addressed if these applications resided on his robust C# framework.

The Current Market and the Khamelia Advantage

Looking at the current market one can see a myriad of systems of all shapes and sizes. Each of these systems address specific functions around customer relationship management, project management, human resources, help desk and issue tracking, payroll, and more. But none of them are built from the foundation to be able to deliver all of these functions and tools in one system. This forces today’s businesses to procure and own a bunch of disparate stand-alone systems, each with its costs and requirements around:

So multiply the above areas by each stand-alone system a company needs in order for day-to-day operations. It can get very costly. When we did the competitive analysis, we were astounded to find out how much certain companies were paying on a monthly basis for each user license and costs per stand-alone system. Let’s just say that it is a lot of money! And it is not just the cost, but all of these stand-alone systems are written and developed using different scripting languages (instead of a mature programming language such as C#), which then need to be integrated with each other in order meet minimum business operational needs. This greatly reduces visibility across systems, which in turn significantly limits decision-making capabilities at various management levels. And from a security perspective, the more systems a company has, the higher the security risk and risk to the company brand. The Khamelia advantage is that all of these business tools will reside on one system, the Khamelia framework, therefore all these functionalities will be highly integrated and homogenized. For one amazing low price! 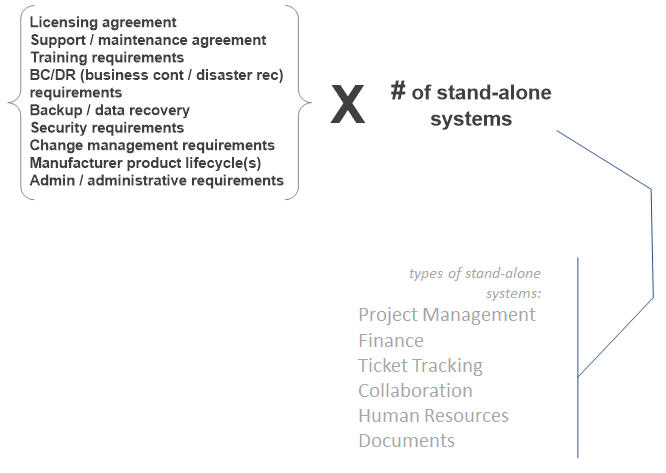 Over the years operating in the region, we were able to identify the best of the best, bring them on board, and build a team. Our interview process is well defined. One of our key strengths is Training, a high priority for us for a solid team development, and it includes formal training and cross-training, basically pairing senior level developers with a junior developer to learn best practices.

We attract the best developers, we seek the best, and then we work hard to retain them. We have one of the more envious retention records in the region. We have a much lower turnover then other development shops in the region. The reason is because we reimburse appropriately. We understand the hard work it took our developers to achieve the level at which they operate, and we want to recognize that.

We like to have fun too! We know that when our team enjoys what they do, the work is of higher quality, the team is more cohesive, and absences are down. We insist on a healthy life/work balance. We worked hard to bring this high skill-set into the team, and we want to keep them safe and happy. We celebrate every major milestone, and for those that go above and beyond, we have recognitions ceremonies led by Sandeep Agarwal (CIO).

A best practice is an industry-wide agreement that standardizes the most efficient and effective way to accomplish a desired outcome. One of the main aspects of our development team is to follow industry best practices at all times, such as regular code reviews, process and procedure training and quality control auditing.